EXCHANGE – BACHLUTHER is an Australian/German audiovisual art project created for the 500th anniversary of the reformation / the Luther anniversary year 2017.

For thousands of years water has played an important role in religious symbolism. Used for cleansing and purification, water often represents life itself. In Baptism, we participate in an eternal offering that has no beginning or end, a virtue of faith that is infinite. Like the Son, The Father and the Holy Spirit, water has it’s own trio of mysterious properties. It can be ice, liquid or mist. Its crystalline structure allows it to take on beautiful patterned forms; a snowflake akin to an ornate church rose or the Lutheran symbol of the Trinity. Up close the molecule of water is made up of hydrogen and oxygen, both gasses- how does their combination create a third substance with such profound properties? Both religiously and scientifically, just one drop is an expanse of infinite magnitude and mystery.  In the headphones you hear an infant being baptised. For a few moments while the baby is submerged, his future life plays out before us. This represents Luther’s belief in the denial of free will and allows us to ponder the question: is our life pre-determined? 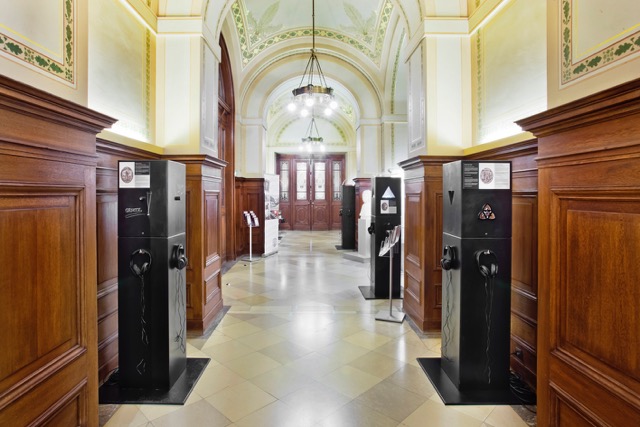